The Wiki for Tale 4 is in read-only mode and is available for archival and reference purposes only. Please visit the current Tale 10 Wiki in the meantime.

From A Tale in the Desert
< User:Fluclo Bastet
Jump to navigationJump to search

The traditional orientation visualizes α Herculis as Hercules's head; its name, Ras Algethi literally means "head of the kneeling one." The left hand then points towards Lyra from his shoulder (Delta Herculis), and Beta Herculis forms his other shoulder. His narrow waist is formed by Epsilon and Zeta Herculis. Finally, his left leg (with Theta as the knee and Iota the foot) is stepping on Draco's head, the dragon/snake who Hercules has vanquished and perpetually gloats over for eternities. For my constellation, I have decided to use the common form found in modern star charts which uses the quadrangle formed by π Her, η Her, ζ Her and ε Her (known as the "Keystone" asterism) as Hercules's torso. 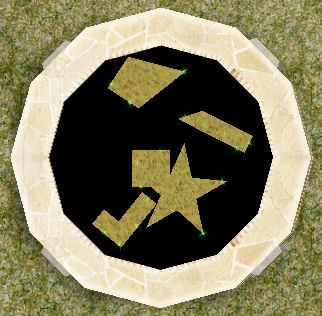