Doing a Crossbreed and Suggestions

Cross Breeding for Tale 4 can be used on flax, flowers (Sea Lilies, Roses) vines, and wheat in a greenhouse. The tech is received from a University of Thought. Look under Techs Cross Breeding to see which regions have opened Cross Breeding.

Click on the greenhouse to find the "Crossbreeding..." option. 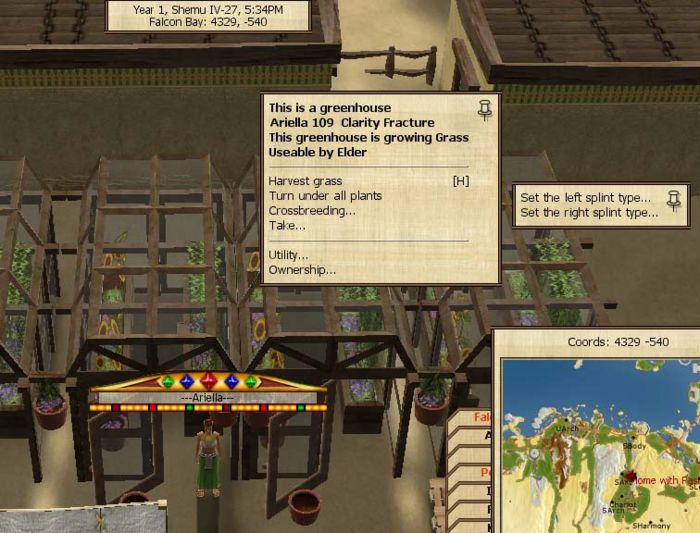 Note: With Tale 4 labeling of greenhouses was added under Utilities. It is 'highly' recommended to use this with some notation such as "#34 Fracture Energy" and record the cross on another page for later reference.

You may place two differently named plants (see note later to get around this exclusion) of the same type and species, one in the left cross and one in the right cross. For example, a sea lily cannot be crossed with an orchid, and neither can two different seasonal wheat types be crossed. If there is a plant in the left or right cross already, you will get the message "The left/right splint is already satured with whatever. Scrape away these seed and replace with whatever?". This can be handy if you have forgotten which plants are in the left and right crosses, say after you have been using solvents. If you would like to breed the same named plants you may go to any University of Worship (after gaining the Seed Registry tech at a University of Leadership) and rename a plant variety.

Make sure you have Nut's Essence in your Items, refresh the cross breeding window and click on "Initiate the Cross". A message in Main will tell you that it will take 15 minutes for the cross to finish. After 15 minutes another message will tell you that the cross is finished and which #number it is. The plants used in the splints will be consumed.


So if you understand what those genes and gene sets do in a genome you can make more intelligent crossbreeds for what your target is.

Length, Elongation and Shortening of the Genome 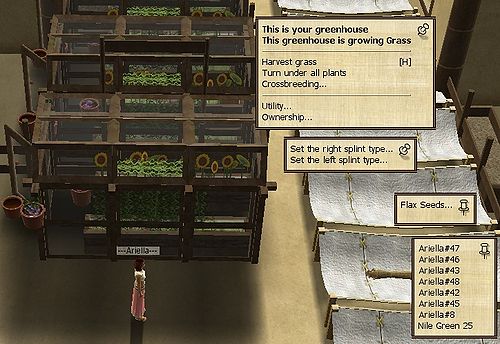 The tech, Molecular Balance, tests the genome 'weight' (weight being the genome length)of one plant against the genome 'weight' of a second plant. Put a plant in each of the Left and Right Splints in a Greenhouse that you want to test and see which genome is smaller or greater in genome length. This test is useful when 'breeding down' (deliberately shortening) a plant genome or 'breeding up' (deliberately elongating) a plant genome

Measure the genome 'weights' of the two plants against each other by clicking on 'Initiating with Molecular Balance' making sure to have a King's Coin and Revelation Solvent - Crystal in your inventory as ingredients to trigger the Molecular Balance. 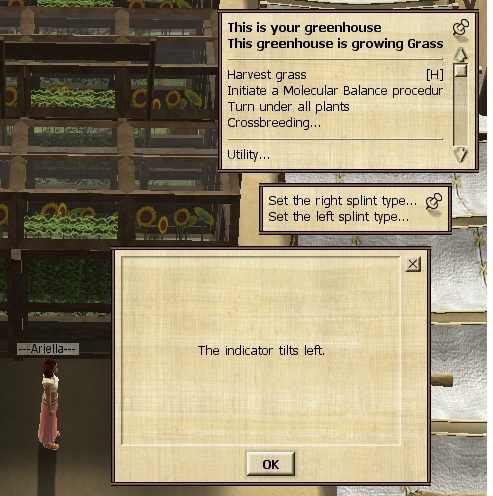 There are three results that can happen: